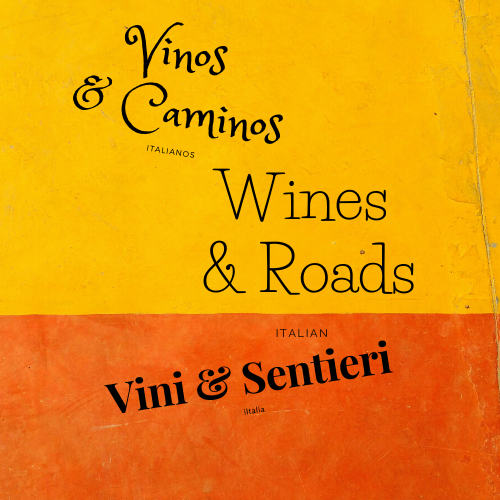 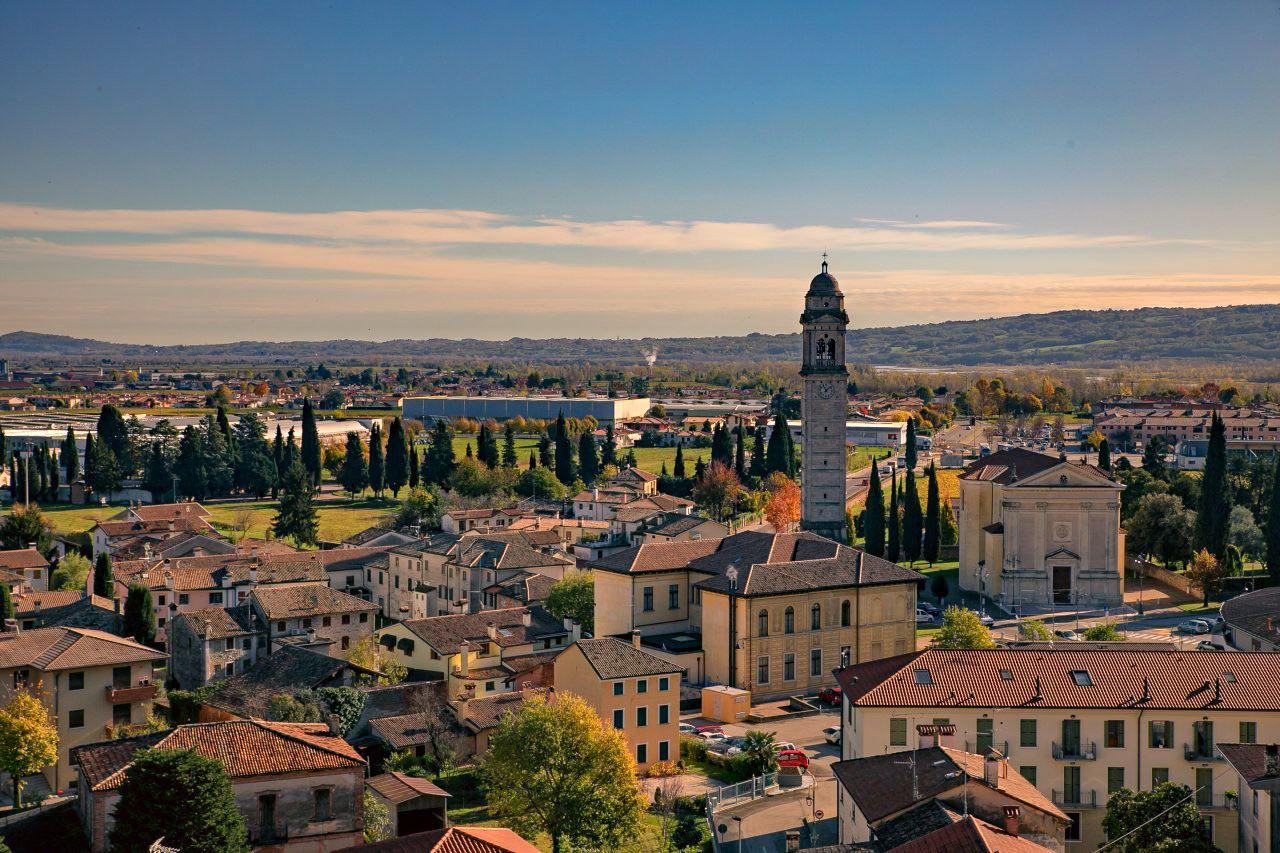 Well! I want to tell you about Vidor, a town of about 4300 inhabitants. The meaning of Vidor in Latin is “vitis,” which means “vine” – definitely a name that represents this territory because its main agricultural activity is the production of Prosecco, a sparkling white wine now well-known and appreciated everywhere.

During the First World War, Vidor was the setting of intense fighting. Vidor was considered an important military reference point because of its strategic position on the Piave River and its connecting roads.

The town was chosen by the Italian troops as the place for a bridgehead (testa di ponte) that allowed them to cross the Piave River and retreat from the defeat in the Battle of Caporetto. Vidor’s architectural and artistic heritage was heavily damaged, and the signs of war are still visible on some buildings such as the Church and the Abbey of Vidor. 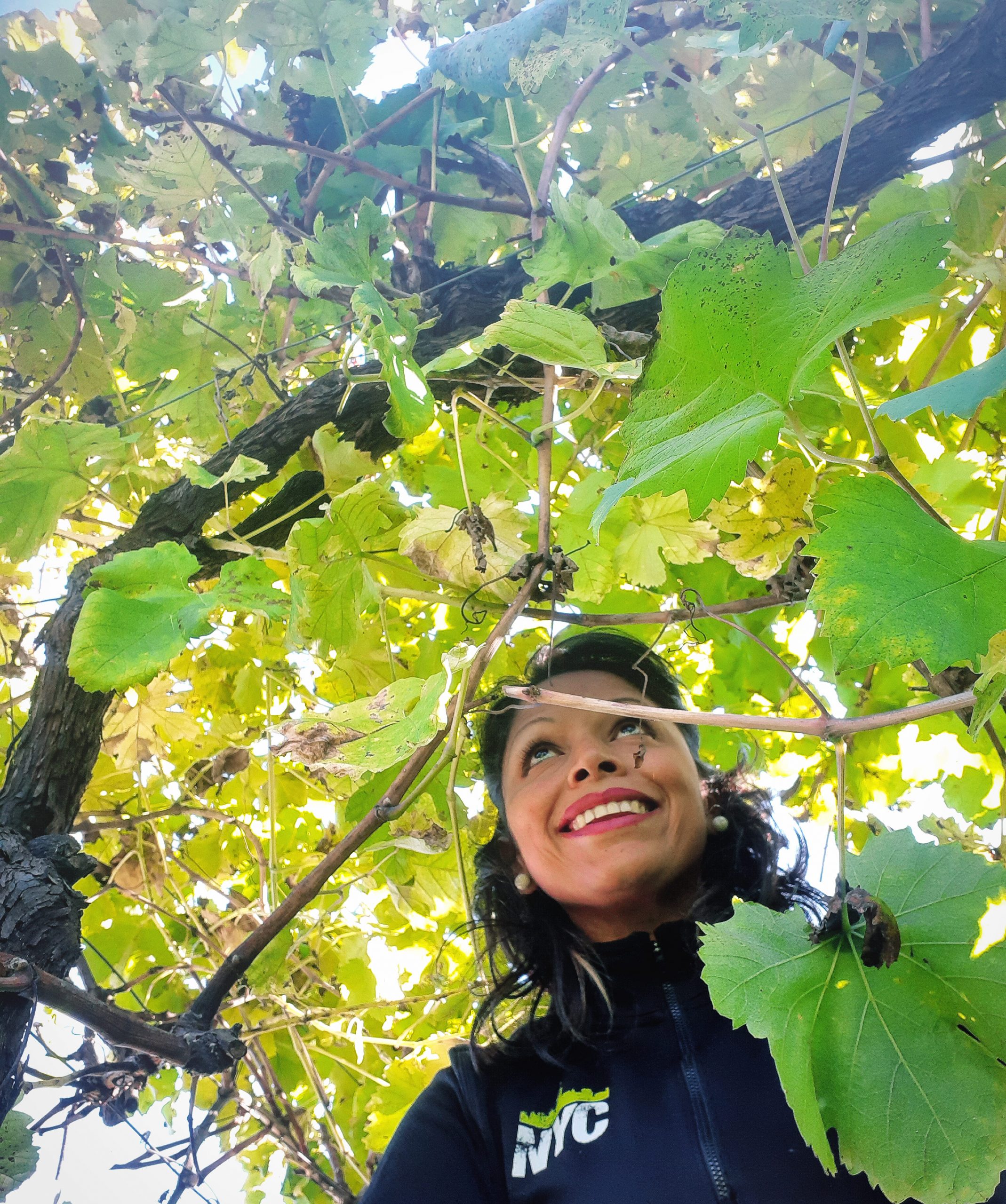 Hi everyone, my name is Maria Alejandra. I am Venezuelan. I come from Merida, a city in the Andes Mountains. I left my beautiful country 22 years ago: I lived in Trinidad and Tobago for a short period and then went to the United States, where I lived for nine years. Since 2012, I have been living in Italy, in a small town called Vidor, in the Province of Treviso. Vidor has a lot to show you – history, natural beauty, and wine culture.

Coming to Vidor has been a fantastic opportunity for me. The fact of being far away from the reality where I grew up has changed my life.

My first job in Vidor was tied to the territory: I worked in the grape harvest, a truly unique experience that allowed me to immediately reconnect with nature, embrace the local people, and improve my knowledge of the Italian language. It let me realize the passion these people have for their territory and their strong desire to share that passion with others. I was so fascinated and curious about the wine culture that I decided to attend a sommelier course with http://www.fisartreviso.com/. It was the first step of a long journey into the world of wine, a dynamic sector that never stops surprising me.

From the first day I put a foot in this town, the landscape struck me. I was immersed in the green hills that surround Vidor. It seems to be part of a painting.

Every morning from my terrace, I admire the splendid painting that I would like to make known in all its nuances. It would be great if one day I could share these emotions with you! 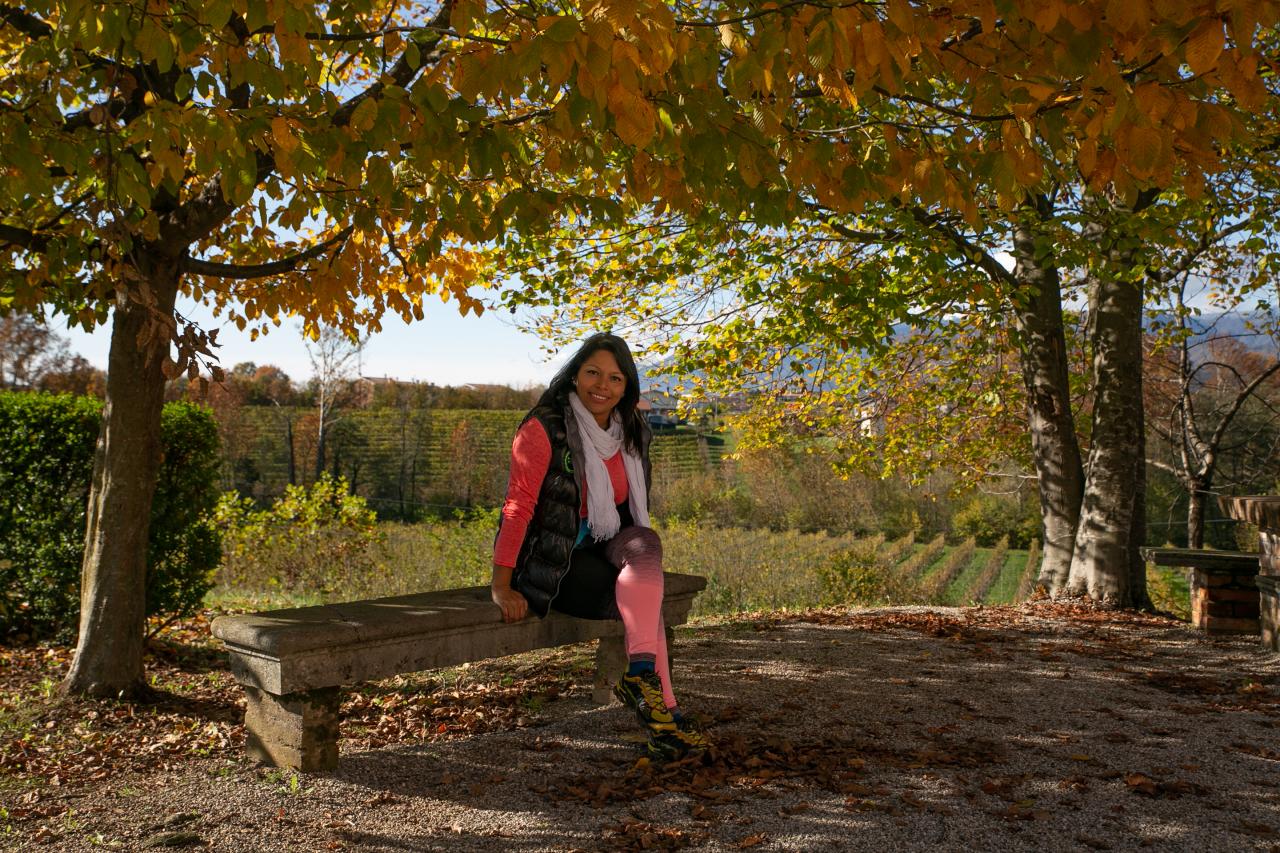 Tradition & Culture
Many residents of Vidor work their land with respect and passion and spend a lot of time in the fields. Still, there is no lack of opportunity to celebrate and gather the whole community together for the main events in the town. The season opens in March with the historic San Giuseppe Festival. In the spring, there is the annual wine expo called Primavera di Prosecco, where you have the opportunity to try the wines of local producers in a festive environment.
Palio di Vidor
In September there is the unique Palio di Vidor, which reenacts a historic assault by Barbarians on the Castle of Vidor that happened in the 12th century. During the Palio, the various districts of Vidor parade through the main street in medieval clothes, and then teams from each district challenge themselves in a relay race up the hill. Hundreds of people gather along the way applauding and encouraging the runners and visiting the kiosks where they eat, drink, and sing their songs together with the veterans (Alpini). A unique atmosphere that involves you and makes you feel part of the Vidorese community.
Precedente
Successivo 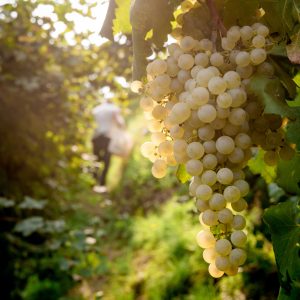 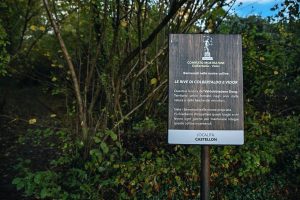 A D.O.C.G Walk in the Hills of Vidor and Colbertaldo

D.O.C.G. WALK IN THE HILLS OF VIDOR AND COLBERTALDO Distance 9,30 km Walking Time 2 hours   Hill- Altitude 216 m  This is a walking excursion 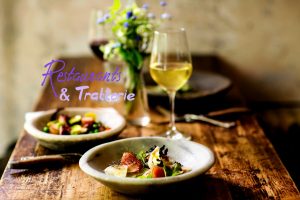 Where To Eat Between Vidor and Valdobbiadene

Trattorie & Restaurants If one day you stay in Vidor or Valdobbiadene for a weekend, I know you need some tips about where to eat 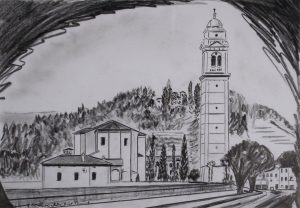 Artist from Vidor Mariella Bortolamiol Is a sweet lady that I have known for a few years, who can see in the simplicity of nature, 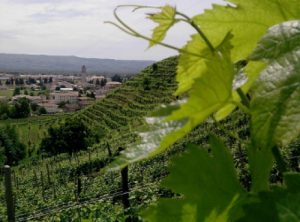 Festival in Vidor Fe San Giuseppe Cultural Event Father’s day On March 19, in Italy, as in some other countries, including Andorra, Bolivia, Spain, Honduras,